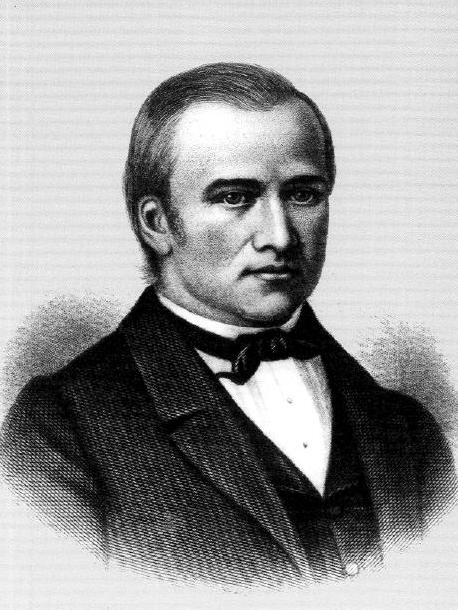 Letter written by Cowdery in Kirtland, Ohio to Whitney requesting the original copy of the revelation given to the Quorum of the Twelve Apostles called “The Law of the Church” to be used in correcting the revelation in the 1835 reprint of The Evening and the Morning Star.

This letter shows Bishop Whitney’s relationship to the original revelations prior to their being published in the Doctrine and Covenants. The Newel K. Whitney papers in L. Tom Perry Special Collections include twenty-one early manuscript copies of revelations received by Joseph Smith, all but two of which have since been published in the Doctrine and Covenants. It is not known in every case why these manuscripts were in Bishop Whitney’s possession. However, this letter shows that Whitney acted as “keeper” of many of the original revelations. Many of these manuscripts are likely the earliest known copies of the given revelations, predating their publication in the Book of Commandments (1833) or the Doctrine and Covenants (1835), and are in the hand of those involved as scribes or in compiling the revelations for publication, including Oliver Cowdery, John Whitmer, Sidney Rigdon, and Frederick G. Williams. 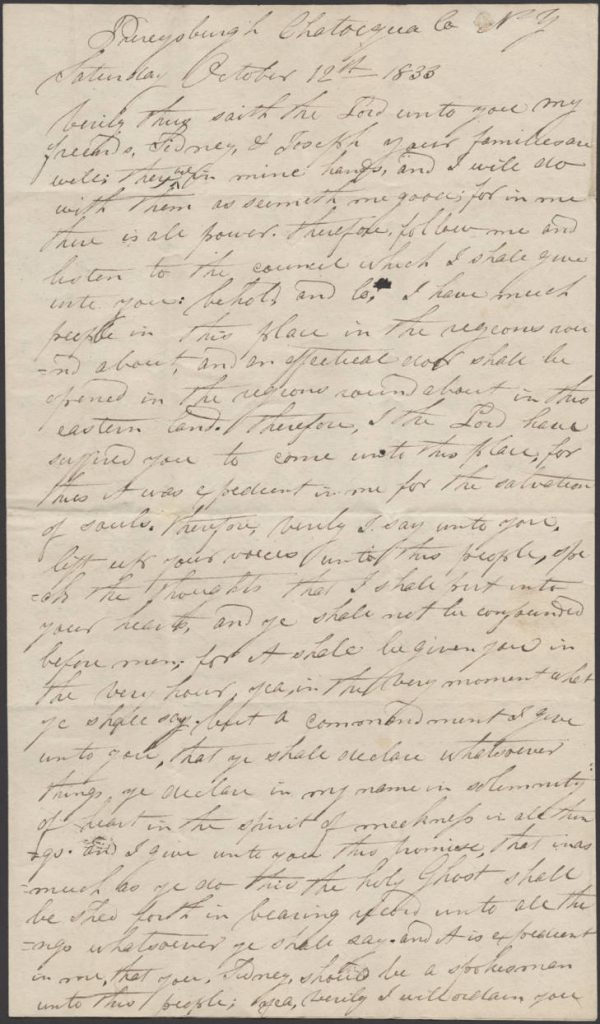 While mobs were gathering in Missouri to attack the Saints there, Joseph Smith and Sidney Rigdon were called on a mission to preach the gospel in the eastern states and Canada. While on this mission, in a journal entry dated 11 October 1833, Joseph Smith wrote: “I feel very well in my mind. The Lord is with us, but have much anxiety about my family.” (History of the Church, 1:419n.) On 12 October they arrived at Perrysburg, New York, where Joseph received this revelation. In this revelation, Sidney Rigdon is called to be “a spokesman” for Joseph Smith.

Sidney Rigdon has been identified as the scribe of this manuscript revelation—a revelation that had strong personal meaning to him throughout his life. Rigdon would use the contents of this revelation as evidence of his calling in the Church during the “succession crisis” following Joseph Smith’s death in 1844. 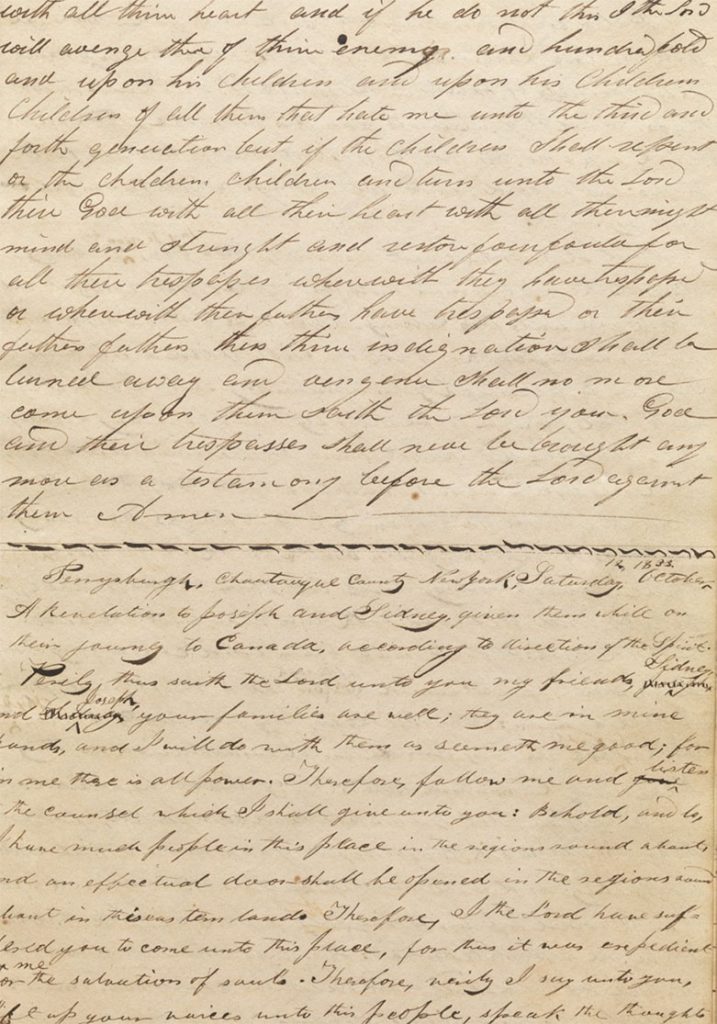 The second of two books that were used to record the revelations of Joseph Smith, Revelation Book 2 was kept mainly by Frederick G. Williams, although several revelations and additions were added by Orson Hyde, Oliver Cowdery, and even Joseph Smith. Small tick marks and other editing marks on this document provide evidence that this book was used to prepare the 1835 Doctrine and Covenants. However, it is believed that this book was not the earliest iteration of these revelations—rather, “all of the revelatory items copied into the manuscript book appear to be copies from earlier manuscripts” (from the Joseph Smith Papers Website, 2016).

From Manuscript to Print and Beyond